Conroy Brook Denby Dale showhome will be open in March

WoodNook is a development of 29 three, four and five bedroom properties in the picturesque West Yorkshire village which is best known as the home of the famous and historic Denby Dale Pie tradition.

A fabulous five bedroom show home will open on March 27 and the first residents are expected to be moving into the initial phase of the site - 16 properties - shortly, with the whole development scheduled for completion by the end of the year.

“This is a site that is very much at the heart of the Denby Dale community, very close to such important amenities as the village shops, post office and schools,” said Conroy Brook Sales Director Jon Bailey.

“At the same time, though, the properties all enjoy some great views, looking out over this beautiful part of West Yorkshire.

“Denby Dale is a great community in an increasingly popular area due to its proximity to Sheffield, Leeds and even Manchester, thanks to the nearby M1 and M62 motorways.

“We are confident that WoodNook will bring new life and new families to this popular location.” 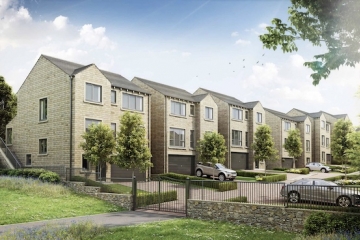 Award-winning Holmfirth property developer Conroy Brook is set to welcome the first residents to its latest development in the West Yorkshire village of Denby Dale. 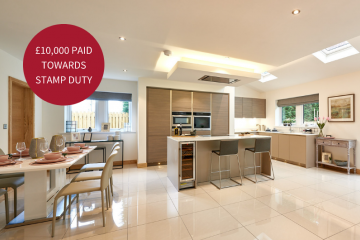 Our Summer Open Weekend takes place on Saturday 8 and Sunday 9 June so join us and see what life could be like living in this beautiful corner of West Yorkshire.